It is an old watch but even the younger generations might have seen one, if they had a hardcover English version of Walter Issacson's "Steve Jobs." The back of the book shows young Steve Jobs wearing the watch. As a matter of fact, if you do a simple Google Image search for "Steve Jobs 1983" or "Steve Jobs 1984", you will find out how it was part of his lifestyle back in the early 1980s. He was wearing it even at the introduction of original Macintosh: one of his milestone event.

That Steve Jobs' very watch suddenly became center of focus last year when it was listed for an auction and sold for $42,500, a price so high for a simple Quartz watch.

Nobody seem to know how Steve Jobs has gotten this watch. But like the reproduced edition, the original "SEIKO CHARIOT" was a Japan-only model. Considering there was no commercial Internet-access back then, Steve Jobs must have found out about the watch in Japan and must have purchased it himself.
And the timing is so perfect for it. Because back in the early 1980s, when he was working on the original Macintosh, he has often visited Japan to visit Sony, Canon, ALPS Electronics or other Japanese manufacturers. Back then he was so interested in Factory Automation at those Japanese electronic giants. I heard from old engineer at ALPS (who made the floppy disk drive for Apple II) that Steve Jobs even gave a lecture at ALPS Electronics factory workers in return for letting him see the factory.
(read this blog post for detail: http://nobi.com/en/Steve%20Jobs%20and%20Japan/entry-1211.html )

In any way, early 1980s was the time Steve Jobs visited Japan so often and began to like the country. And SEIKO CHARIOT watch reflected what he liked so much about Japan: simplicity and preciseness. 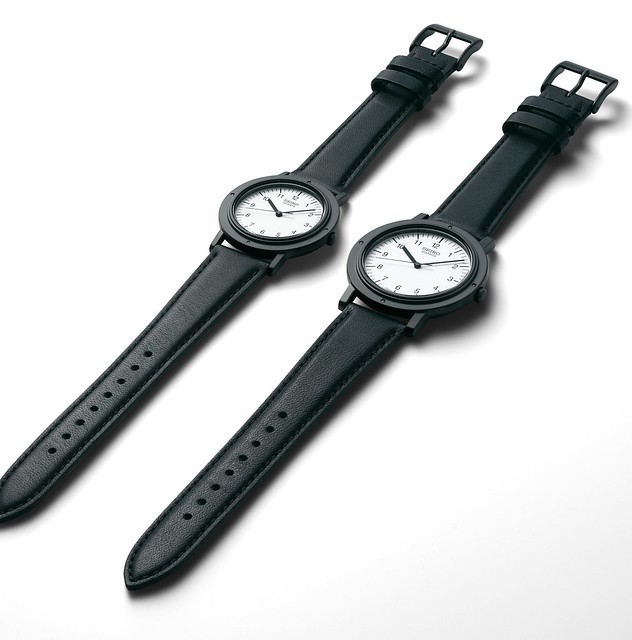 Today, Quartz watch is not that uncommon but 1982 is about the time Quartz watch gained momentum; that is why on the original SEIKO Chariot watch it reads "SEIKO QUARTZ." Today, because Quartz watch is so common, most of SEIKO watches don't say it aloud but in this reproduction model, to make it look as close as Steve Jobs' very own watch, SEIKO has reprinted the word "QUARTZ."

Beside the model that looks exactly like Steve Jobs' very watch, nano・universe/SEIKO have prepared larger model and black models to match our lifestyle today. 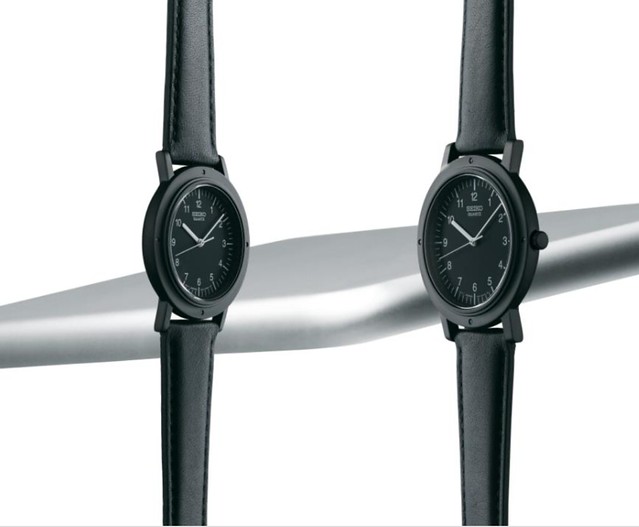 As mentioned above, the watch will be available in Japan only; so if you want one, you will be following the trail of Steve Jobs and visit Japan, find out this country and buy it here.
Perhaps, you will find yourself getting much closer than buying it online. 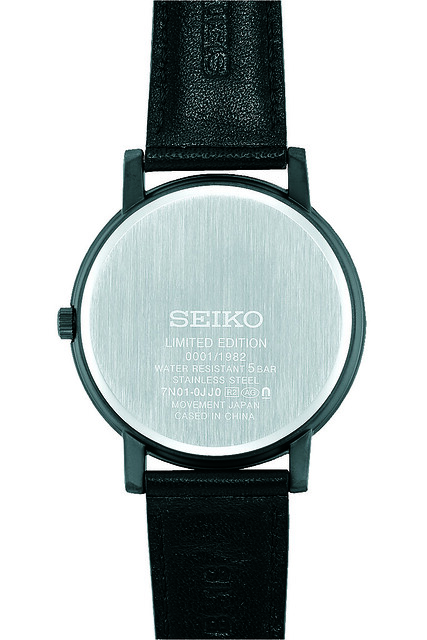